THE DOG AND THE WALKING STICK 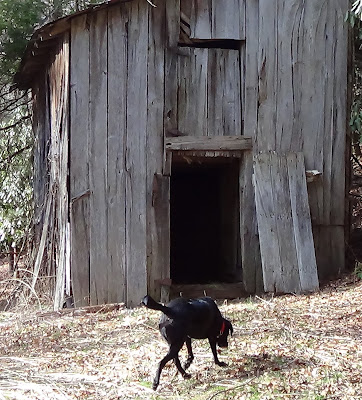 nose to the ground
Early afternoon I went out the door with dog and new walking stick. She saw me pick up the stick and flinched slightly. It told me something about her past and her insecurity. I assured her the stick was not for hitting dogs. We don't do that here. I would use it to hit a dog attacking my dog friend, only then. Dog protects me. I protect dog. She's not yet saved me from a bear attack, but she makes it possible to walk in the woods again without concern for four-legged surprises. Dog would smell and see it before I would, and bark aggressively, alerting whatever it might be to leave primate alone. Primate has a ninja dog blood brother, in this case sister, who will die to protect him. The barking alerts me to look for what it is dog sees, most often a twig shifting in near distance, maybe a squirrel running for a tree after seeing a dog. She bounded with joy walking toward the road. She knew we were not going to the car, but beyond the car into walking stick world, paradise for dog's inquiring nose. 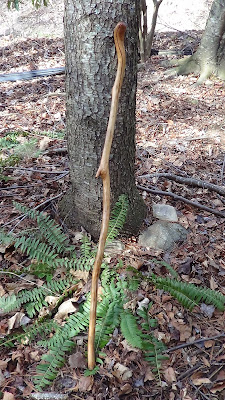 rhododendron walking stick
The wood for the stick came from an old rhododendron in the woods behind the barn, dead for so many years the wood cracked from the drying process. The bark was paper thin, loose and falling off. The bark under the exterior bark was fused to the wood structure. This layer of bark I carved off with the pocket knife. It takes several hours to carve the bark away and round the tips. The end that is the handle needs to be smooth as glass for walking comfort, sometimes in the palm of the hand. Also rounded the tip that touches the ground to inhibit splintering and splitting.  The wood has been dead for so many years the rotting process had begun. Rotting starts in rhododendron with black lines like drawn with an extra-fine-line pen running in abstract patterns with the wood's flow lines and some discoloration in abstract absence of pattern. It has the strength of the living wood, as dry as the wood can be before decay sets in. I think of the abstraction of lines and discoloring something like the patterns retained from memory of experience in the soul, called impressions and sanskaras. Mental impressions, mind tattoos, experience carried from lifetime to lifetime. This is my stick for the rest of this lifetime. 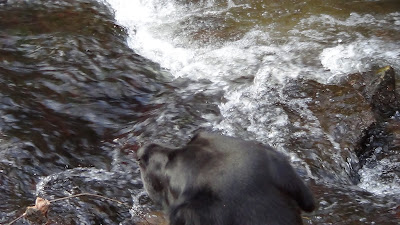 dog head and water flow
In my own personal symbolism, the stick represents the journey of the soul. I've never used a walking stick in the years I roamed the mountains following a dog. In this time of advanced age, I'm not as firm on the feet as I one time was. I walked over varieties of ground with the stick to get a feel for handling it over different terrain. It is good for balance, extra good for climbing a steep hill and walking down a steep hill, good for a sideways slant. The stick is a good brace for jumping from one big rock to another, a hand to hold. In the past, a walking stick became a nuisance I carried over my shoulder soon after starting the walk. I'm slower now and not so lithe on the feet. A walking stick makes a good assist. It is good to lean on during a break, standing still watching dog play in the water, run over the ground, up hills, over trails of the night people, following her nose like it's attached to a meandering rail. 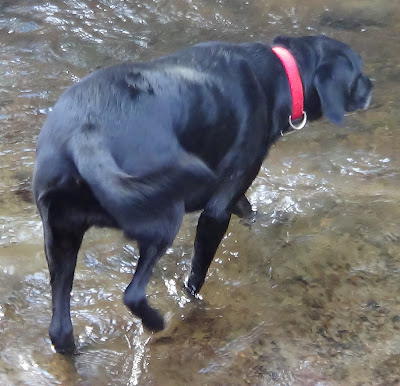 lady in red
Early in the walk, I came upon a place to approach with attention to foot placement. Went within to my "center," just below the navel, focused balance there, instead of in my head, and balance came so naturally so quickly it felt something like shifting gears. I took an interest in photographing water flow over small rocks, over sand, over big rocks, channels of flow, looking to catch the lines of flow on the water's surface like the continually changing flames of a fire. Walking in the woods makes dog deliriously happy. It lifts primate's spirit as well. We will take longer walks as time goes by. Winter is a good time for walking in the woods. The serpents sleep in hidden places. I like not being concerned about stepping on a snake. Another thing I like about walking with a dog is they find snakes first. The dog alerts me to the snake and we walk around the snake. Dog's senses are hyper-alert out in the woods. I'm enjoying seeing a dog run free in forest, a dog only familiar with city life on a leash. It's how I felt in the beginnings of living in the Blue Ridge, let off the leash. I'm used to it by now, it's the grain of my life. Dog is refreshing foggy memory of wonderment in the first years of walking over these mountains. I review my own awe in the time of discovering these mountains were the terrain of my spiritual path of liberation from self by way of understanding, attitude toward life, allowing, and mere being. 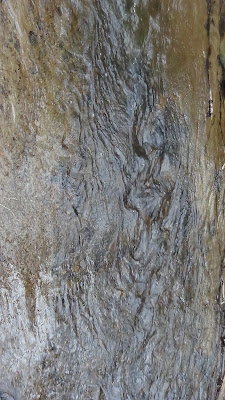 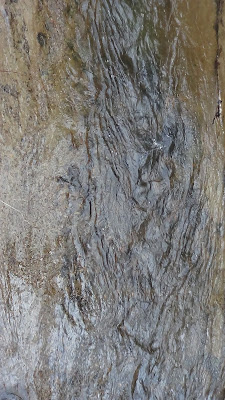 THE REAL YOU IS MORE INTERESTING THAN THE FAKE SOMEBODY ELSE. --- Lauryn Hill

If Jesus came back and saw what was being done in his name, he would never stop throwing up.


I have forced myself to contradict myself in order to avoid conforming to my own tastes.


No amount of prayer or meditation can do what helping others can do.


Old-time band worth a listen,
THE SOUTH CAROLINA BROADCASTERS
www.scbroadcaster.com

Once life is finished it acquires a sense,
up to that point it has not got a sense,
its sense is suspended and therefore ambiguous.


Illusions mistaken for truth are the pavement under our feet. They are what we call civilization.

Brace yourself. The American Empire is over and the descent is going to be horrifying.

GO GREEN WITH BLUEGRASS.
IT'S NATURAL.

DEATH CANNOT HARM ME
MORE THAN YOU HAVE HARMED ME,
MY BELOVED LIFE.

---Louise Gluck, from her poem OCTOBER


THROW ENOUGH STONES
AND YOU BUILD A WALL.

STAY AWAY FROM IMPORTANT PEOPLE.


A THROW OF THE DICE WILL NEVER ABOLISH CHANCE.

GOD DOES NOT PLAY DICE WITH THE UNIVERSE.

The beliefs and opinions of a person often constitute a very superficial layer of the human psyche. They do not have any integral relationship with the deeper psychic forces. They remain in one region of the mind without bringing about any radical changes in the core of personality, which determines the attitude to life.

The mountains don't lie to you; they stand for the things that don't change, that stay true to themselves. They've been around a hundred million years and they'll be around a good while more, I reckon. They keep you humble. They put you in your place.

An excellent catalog of music from the Central Blue Ridge

NOT KNOWING IS TRUE KNOWLEDGE.
PRESUMING TO KNOW IS A DISEASE.

There are more love songs than anything else.
If songs could make you do something
we'd all love one another.

on playing a banjo:

WHEN YOU SCREW UP
TRY TO COVER IT UP
LIKE A CAT.


ACTION IS MORE IMPORTANT THAN PRAYER.

THE WHOLE SECRET LIES IN CONFUSING THE ENEMY SO HE CANNOT FATHOM OUR REAL INTENT.

Sun Tzu
The Art of War

WE'LL KNOW OUR DISINFORMATION
PROGRAM IS COMPLETE WHEN
EVERYTHING THE AMERICAN PEOPLE
BELIEVE IS FALSE.

In this unbroken intense booming symphony, suddenly there is the tinkling of a bell so faint that I almost think I am hearing things. It is like the trembling cry of a cicada on a late autumn night. It is so ephemeral, so delicate, so pitiful, yet it is so distinct and clear above the chaotic booming of the drum that it is unmistakable.